3D- character modeling Is the process of creating a virtual three-dimensional model of a character using special software. 3D animation allows you to “bring to life” 3 D -character models and populate virtual worlds with them.

3 D -models have a number of advantages over 2D graphics, especially when creating games, films or cartoons. The most significant advantages of 3D characters are:

3D -character modeling has applications in many areas. Let’s look at colorful examples.

Widest application 3 D- modeling characters finds in the creation of heroes for games – from large desktop PCs or consoles to Flash games online or for mobile devices. 3 D- games dynamic and colorful look, which allows you to find a greater response among gamers.

In 1992, the first 3 D -action game Wolfenstein from id Software, and in 1993 the same company laid the foundations of the genre 3D shooter by releasing the game Doom. Now this genre of computer games is very popular.

The characters of all the most famous games are made using 3 D modeling and animation … Among them are heroes Call of Duty, Wiedźmin ( The Witcher), Fallout, Portal, Assassin’s Creed, Resident Evil, The Legend of Zelda, Battlefield, Mass Effect, Far Cry, Prince of Persia, Deus Ex, Diablo …

Cult game Rayman went from a 2D platformer in 1995 to Rayman Origins, a 3D game with vibrant graphics in 2013. The main character Rayman in his 3D version expands the boundaries of freedom of action, complementing the gameplay with a new experience.

3D modeling has become an integral part of cinematography – films and cartoons are full of 3 D- characters … Sometimes it is a completely hand-modeled figure that is animated using special software. In other cases 3 D- model gets “motion” thanks to motioncaption technology (motion capture from a live person). 3 D -models characters have also become very popular in the creation of animated cartoons, making it easier to control characters, making them more flexible and mobile.

While creating 3 D- characters powerful equipment is used for films. For example, on a regular computer, rendering one of the characters in the movie “Transformer” could take several years.

3D- character modeling is also a popular advertising technique. Many brands order the development of corporate characters. The disadvantage of 2D graphics is that changing the plan requires a new redrawing of the character. In three-dimensional modeling, the character can be shown from different sides, changing his poses just by rotating the 3D model in the program. 3D commercials look brighter and bring more ideas to life.

Well-known brands are constantly using in their commercials 3 d character models … To celebrate their 75th anniversary, M & M’s released an ad showing the evolution of their heroes.

ZBrush equips the modeler with a brush that draws strokes with depth. Simultaneously with modeling, you can also decorate the object. An important advantage of the program is the automatic addition of shadows and highlights that look natural without the intervention of the modeler. The rendering process usually takes place in real time and the artist immediately sees the result of the work.

One of the few free editors for creation 3 D- models … Despite this, it is used for commercial projects – films and animation, including “Big Buck Bunny”, “Riot of the Feathered” and “Sintel”. The program also has a sculpting mode, allows you to create skeletal animation , has the function of creating games.

Autodesk offers a wide range of software for creating 3D models and animations that have similar features (3Ds Max, Maya). However, Mudbox is a specialized program that provides artists with an intuitive set of tools to create and modify. high poly 3 D -characters … Reminiscent of working with clay and paints.

Creating a character in 3DMax and other Autodesk programs requires professional skills from the modeler and a deep understanding of the principles of the program itself. Therefore, 3D modeling software from Autodesk is not recommended for beginners.

Has a simple interface and at the same time supports high quality animation and rendering. Plastic bag MOCCA specially designed for working with characters and includes a set of tools that allow you to create animations and convey the dynamics of soft and hard bodies. The program has a module for working with realistic hair and a built-in system for working with particles.

In case you are already inspired to create your 3D character, we have compiled a selection of the best video tutorials for mastering 3D character modeling.

Creating a snowman in Blender

Mastering 3 D- modeling the best place to start is by working on objects that are composed of simple geometric shapes. Using a snowman as an example, beginners can easily master the program. Blender … The value of the lesson is that it is very simple and intuitive. In addition, there are many images of this famous snowman on the network, which will help to better represent him:

Making a dinosaur in Mudbox

It is best to start working with AutodeskMudbox by mastering the program interface. The company has released a tutorial video on creating a character based on the example of a Tyrannosaurus rex, which shows the main functions and methods of work. You can watch the lesson here …

4 videos about the creation of the elf Thranduil from the Hobbit trilogy describe in detail the process of creating a bust of the character in Zbrush ( part 1 , part 2 , part 3 , part 4 ). The lesson is suitable for experienced modelers and reveals the intricacies of working with the program.

Want to order creating your own unique 3 D- character ? Contact the company KLONA ! We will be happy to answer all your questions by phone. 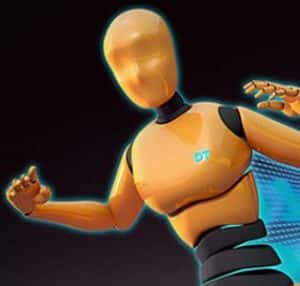 How to bring a hero to life: 3d character animation
Read More »