Home / Blog / Industrial Design / Designing awards: what the school gold medal and the Tour de France have in common

Designing awards: what the school gold medal and the Tour de France have in common

Find out the main criteria for developing awards design, understand the techniques and materials, look at innovative ideas in our article.

Awards provided person, group or organization as a confession for achievements and contribution to development science, culture, technology, in gratitude for the activity.

The practice of awarding has been around for several millennia. Back in the days of Ancient Egypt and Antiquity, people were given insignia: laurel wreaths, gold chains, medals and bracelets, and even slaves and land. Now awards have been abolished for prizes, prizes, certificates of honor, badges, diplomas and titles …

What is the system of requirements for the development of design awards?

V 2008 Beijing designed Olympic medals that perfectly met the requirements set. Designer Wang Yipeng wanted to reflect 5 thousand years of Chinese history and culture, which was embodied in the use of jade. This stone, part of the material and spiritual culture of the country, was revered even in the days of Confucius. Thus, design development is not only highly aesthetic, but also carries a deep cultural meaning.

In addition, there are additional criteria for the design of awards, especially sports.

History industrial design The Stanley Cup showcases the importance of restoration and conciseness. Since 1892, it has undergone changes due to the need to engrave the names of the entire winning team. Years later, there were so many rings that the organizers had to change them to new ones. The old rings were donated to Lord Stanley’s Vault. However, the Cup is still recognizable.

Variety of shapes and designs: what are the awards?

It has already been said that the awards include – badges of honor, titles, gifts, prizes, awards, distinctions and diplomas. However, it is the honorary signs and prizes that are most memorable.

Among the badges of honor there is a gradation: orders, crosses and medals. They are the embodiment of continuity and honor. Traditions they go back to the times of the Middle Ages and knightly corporations. The current British Knightly Order of the Garter was established in 1348. The design of the badges of honor reflects the historical traditions and symbols of the state.

The prizes include – cups or figurines. They are given for achievements in contests or competitions. Sports prizes are especially famous – FIFA Cup, Tour de France Cup and Stanley Cup. Among the statuettes, the largest number is awarded at film festivals (Cannes and Berlin) and film awards (Oscar and Golden Globe).

What materials are used to create awards?

The choice of material depends on the budget of the competition or competition. Traditional for the manufacture of consider metals and alloys , because they are plastic and eternal. Among them – gold, silver, copper and aluminum. Despite their popularity in the past, wood and ivory are no longer used due to their fragility and fragility. In the twentieth century, there was a need for cheap materials , which made me refer to ceramics, glass, leather and even plastic.
A novelty of the XXI century was the use of recyclable materials. The designers of the Rio Olympics decided that the silver and bronze medals will be 30% recycled. And 50% of the tape material is from plastic bottles.

Japan joined the new trend and reported that at the 2020 Olympics, gold, silver and bronze medals will be made from recycled parts of electronic microcircuits.

Environmentally friendly production is not only fashion, but also the need of the modern world. Palme d’Or made from Fairmined Gold , it is mined under the control of non-governmental organizations for the protection of the environment.

Tradition and modernity: technologies for the development of design awards

The creation of any premium product starts with the primary design. it sketch, drawing or sketch future product.

Traditional technology involves sculpting a wax model from a sketch. For the production of several copies, a ready-made first sample is used or a rubber or metal matrix is made. With modern technology, everything is much easier. Now done 3D model … The process becomes not only faster and better, but also more reliable. After all, the model is saved, copied, it is easy to move it.

The KLONA company has been engaged in the production and popularization of 3D modeling and print … Contact us and let’s create unique products together!

The model is then placed inside the reservoir, which is filled with plaster of paris solution. This mold is placed in an oven. The wax is melted, and a cavity is created for pouring the metal. In a couple of hours, the product will be ready – the ceramics will be opened, and the metal will take on the desired shape.

Modern methods offer another method of manufacturing – 3D printing or milling on a machine.
The award received is tweaked, polished and polished and decorated according to the type and original layout. Also used for medals patination method … It destroys the shine of the metal and allows you to better perceive the details of the pattern.

Where to Look for Ideas: Emerging Trends in the World of Award Design

Design is not only an external image, it is also prestige and tradition. Hollywood does not forget to remind of this. The genre crisis pushed the film industry to seek its origins. Designers and large companies are striving to return to the “golden era” of cinema, which could not but affect the main symbol of American cinema – the Oscars. The retro design of 1929 will be returned to him. The award will once again be cast in bronze and plated in 24 carat gold, designed by MGM production designer Cedric Gibbons. For manufacturing, the workshop specialists scanned the original Oscar sample, which was then printed on a 3D printer.

A constant design trend is the desire to show identity and uniqueness in the reward. The Czech Republic has always been famous for its crystal, and Czech designers do not miss the opportunity to raise its status. The ŠKODA company used crystal coating technology – StarDust for the production of cups for the Tour de France.

Crystal was also the basis of medals for the IIHF World Championship. , the president of the Czech federation emphasized that this material reflects the national characteristics and traditions of the country.

Loss of uniqueness equates to failure or failure. FoxSport’s Chris Chase criticizes Rio medals exactly because of this reason. He expected uniqueness from the country of carnivals and fiery dances, and not a repetition of traditional emblems. The medals in Rio have been recognized as the most boring since 1992.

They decided to abandon the same type of cups when developing the Dakar Rally trophy. The main prize is made in the shape of a Bedouin, a nomad of the desert.
The Aragon Grand Prix management also decided to show individuality and commissioned the design of the racer Jorge Lorenzo and the designer Marc Garcia Rojas. The trophy embodied the most recognizable element of the races – the stone walls.

A 2015 MTV Video Music Awards stand out in design , which reflected the values of modern culture – tolerance and humanism …

However, the true originality in the design of the figurines belongs to the ceremony. Brit Awards (British Grammy version). Each year, the style is developed by one of the best designers in the world.

Create your dream design with KLONA. Present your award to loved ones. We provide assistance at all stages of development: sketch, modeling and printing. Contact the manager right now. 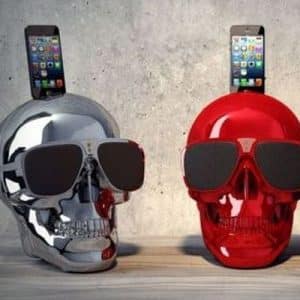