KLONA received a request from a large company that develops and installs security systems for a car. We were given a task: from scratch develop industrial design for alarm keychain and make several options for 3D visualization. 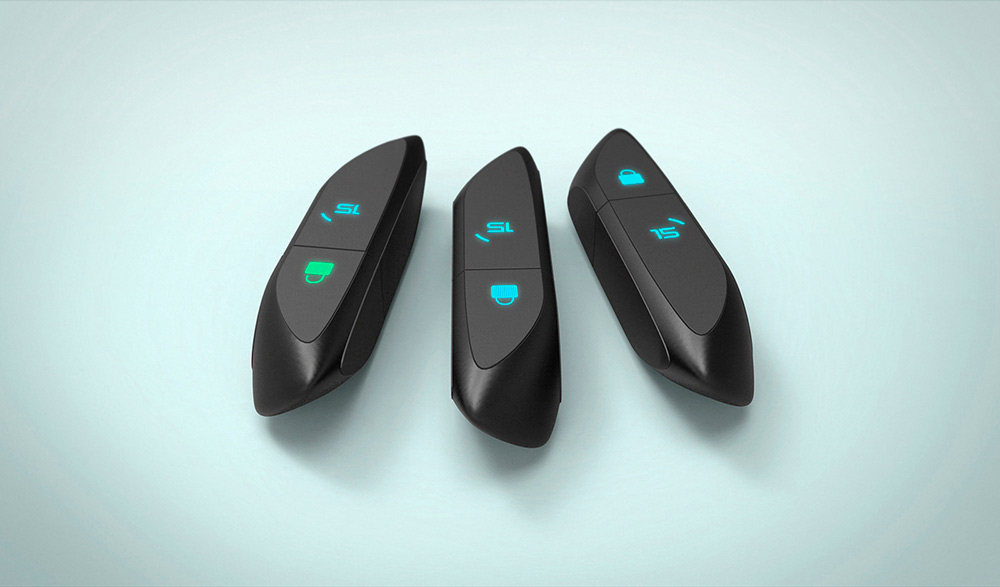 Production of alarm key fobs: from design to production

One of the most important tasks of industrial design is to make a thing functional and convenient for the consumer, at the same time original, not similar to existing analogues.

Before starting, we asked ourselves the question: “What new can we offer the market?” We spent detailed market research: Ukrainian and world and studied all the advantages and disadvantages of existing models of alarm key fobs.

As a result, we identified the following features:

The next step was to study the target audience in order to understand who our consumers are and what qualities must be taken into account in the manufacture of alarm key fobs.

The target audience – men over 30 with an income above average, lovers of comfort and safety … The most important criteria for car key fobs are ease of use and reliability.

We looked at hundreds of existing modern inventions for inspiration. These were both car keychains and other gadgets and gadgets. 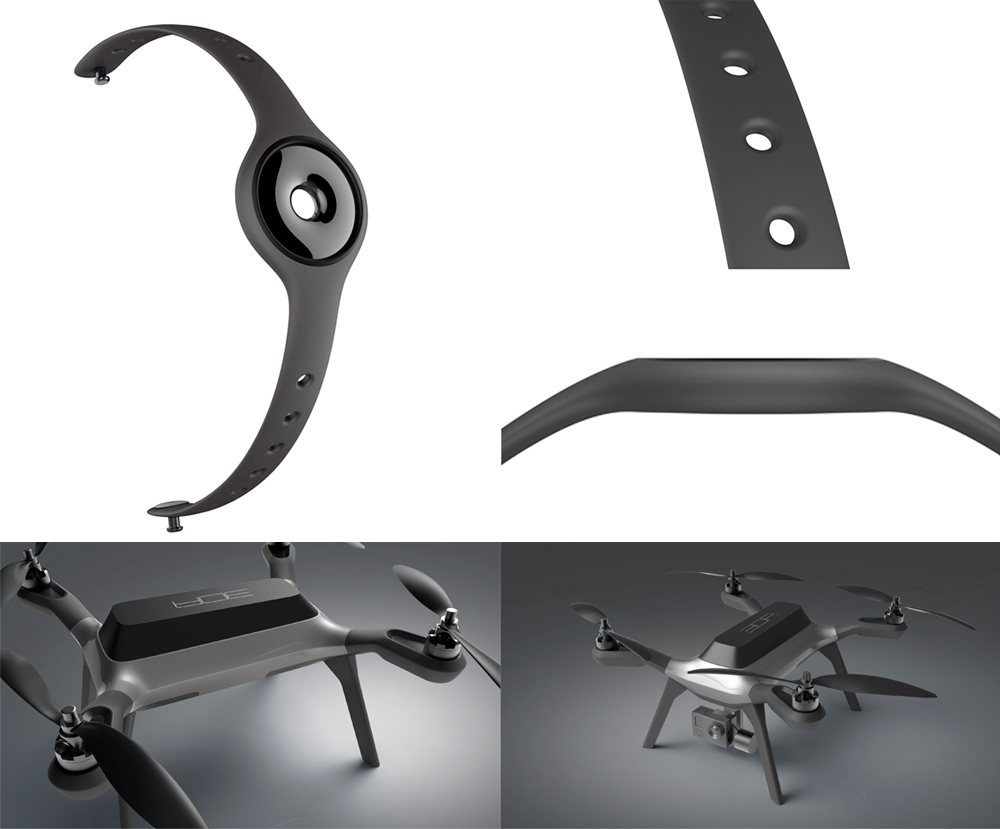 We analyzed the most successful options and identified general trends in industrial design:

After carrying out the preparatory work, we proceeded to the most difficult stage: the development of concepts. A total of about 15 variants of key fobs for signaling, 5 of which we presented to the customer for selection.

After choosing the final concept and making edits, the industrial design was ready. 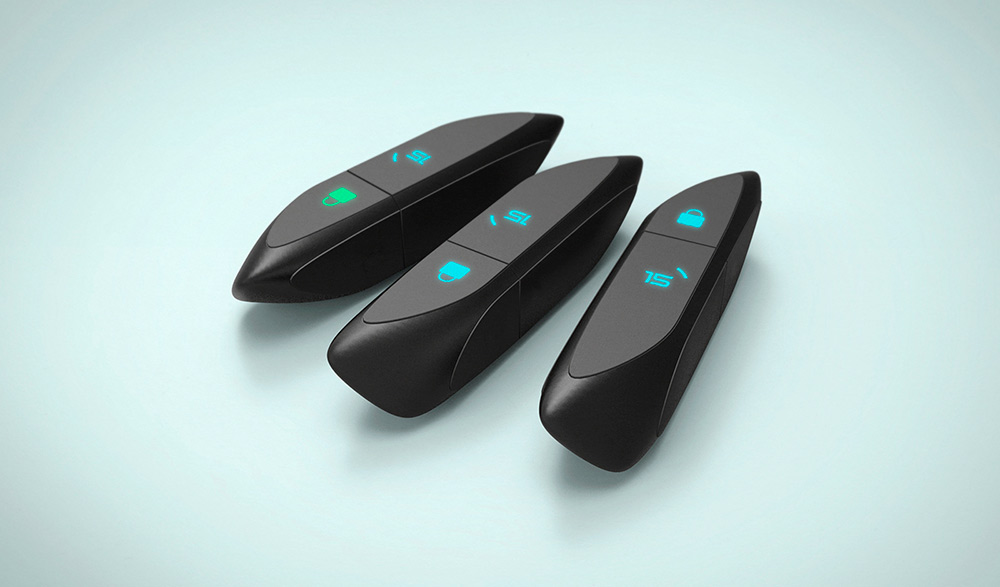 In addition to visual appeal, the developed design has the following advantages.

Instead of the classic opening of the car with a button, a system was introduced opening with a slight twist of the key fob. This makes it easy to operate this function even in low light, such as in an underground car park. In addition, it protects against accidental pressing, for example in a pocket. 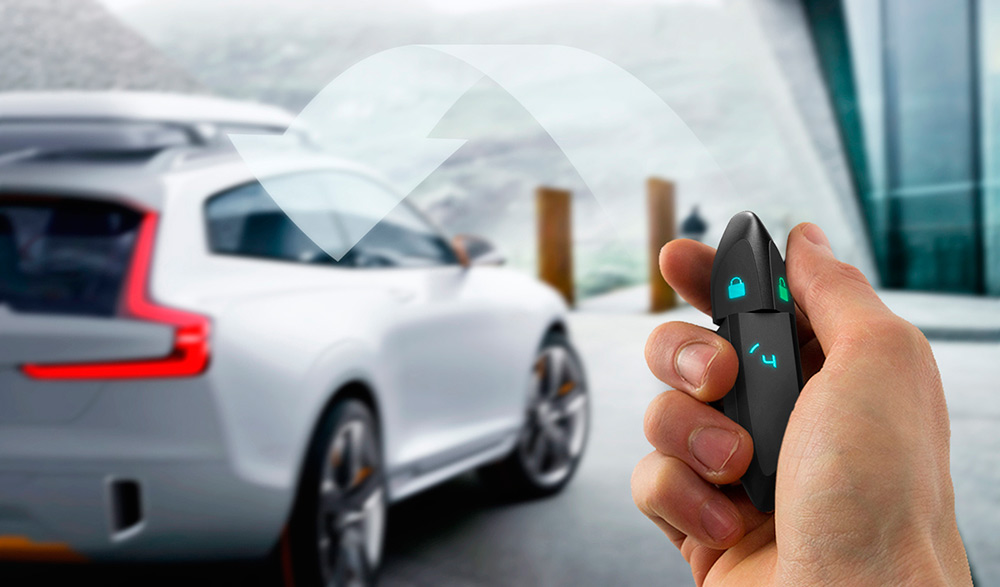 The presence of a display, which displays important indicators: distance to the car, current status (open / closed) and sound signal activation. 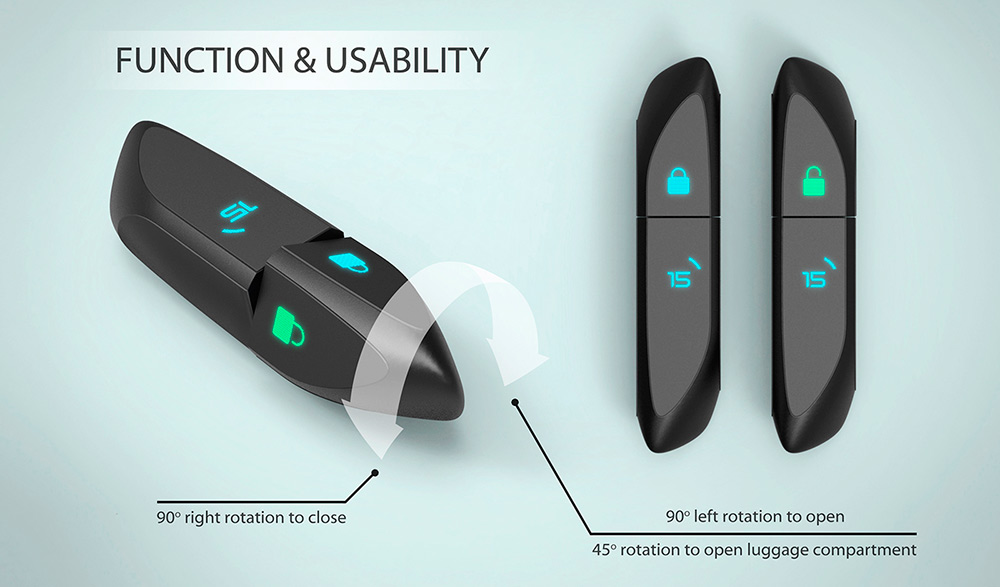 Oblong shape instead of the classic round or oval. Thanks to this, the alarm key fob is more convenient to hold in your hand and open the car. 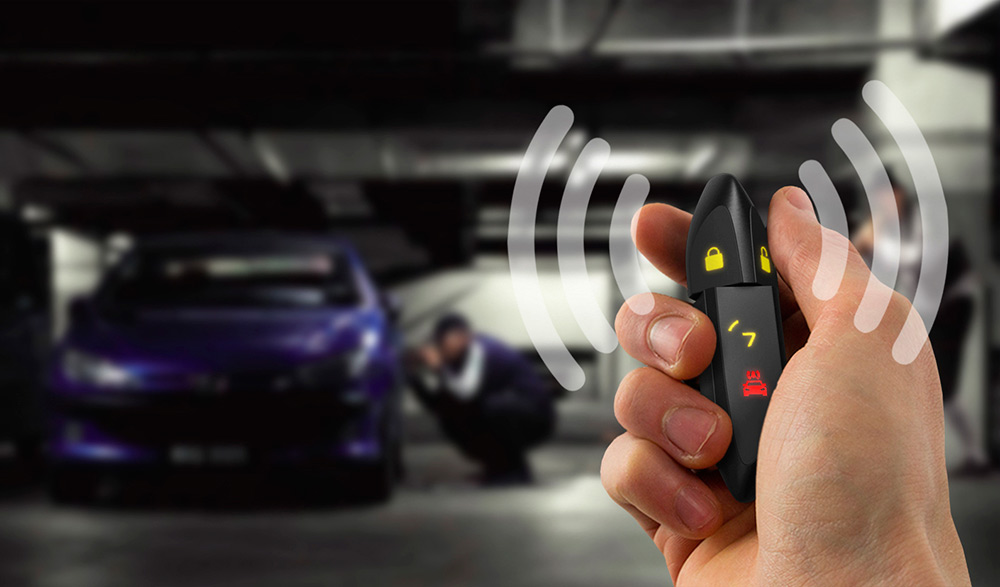 Building a 3D model and creating a visualization

After making all the final edits, the 3D modeller built an accurate solid model of the product. In the future, it will be used in the production of key chains. Also, several options for realistic 3D visualization from different angles were developed.

The customer liked the developed concept of a keychain for a car, because he meets all basic requirements and looks stylish and futuristic.  At the moment, the project has already been launched and will soon begin mass production of key chains. 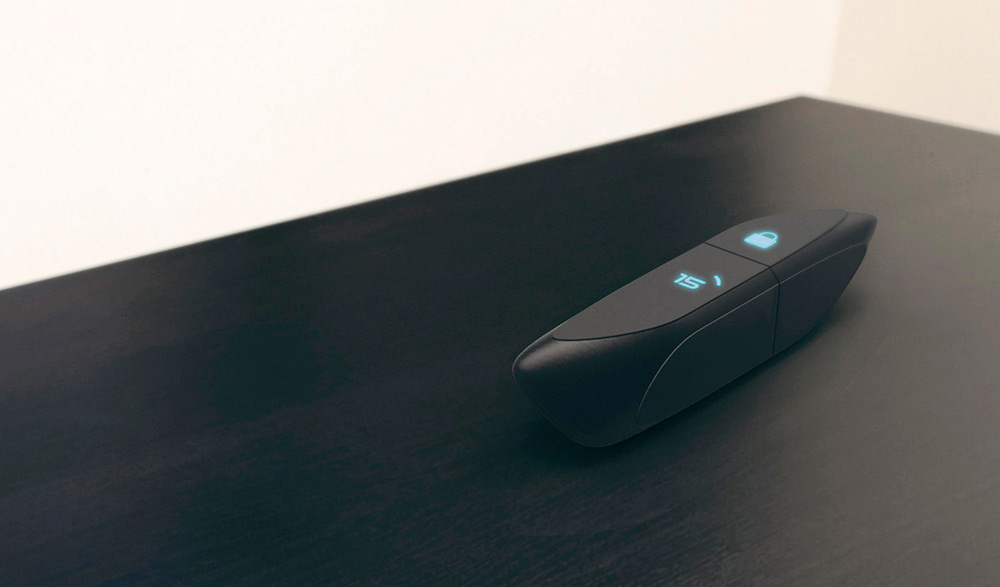 Industrial design is a responsible process, the goal of which is to make a product comfortable, functional and attractive, and, of course, to increase its sales.

Contact the professionals of the KLONA company and your product will make a revolution!

This job made you want work  contact consult express wishes with us. Write:
hello@klona.ua
PrevIndustrial design of a nasal device
Development of industrial design for FORCEemotion health trackerNext