Development of the body of the radio

A team of Ukrainian startups contacted us with an idea and groundwork for an original design project for a waterproof walkie-talkie, which is designed to be used in extreme conditions. The concept implied that the radio was completely head-mounted and intended for use in the air. We had to design a case that would be waterproof and fit well on the head. 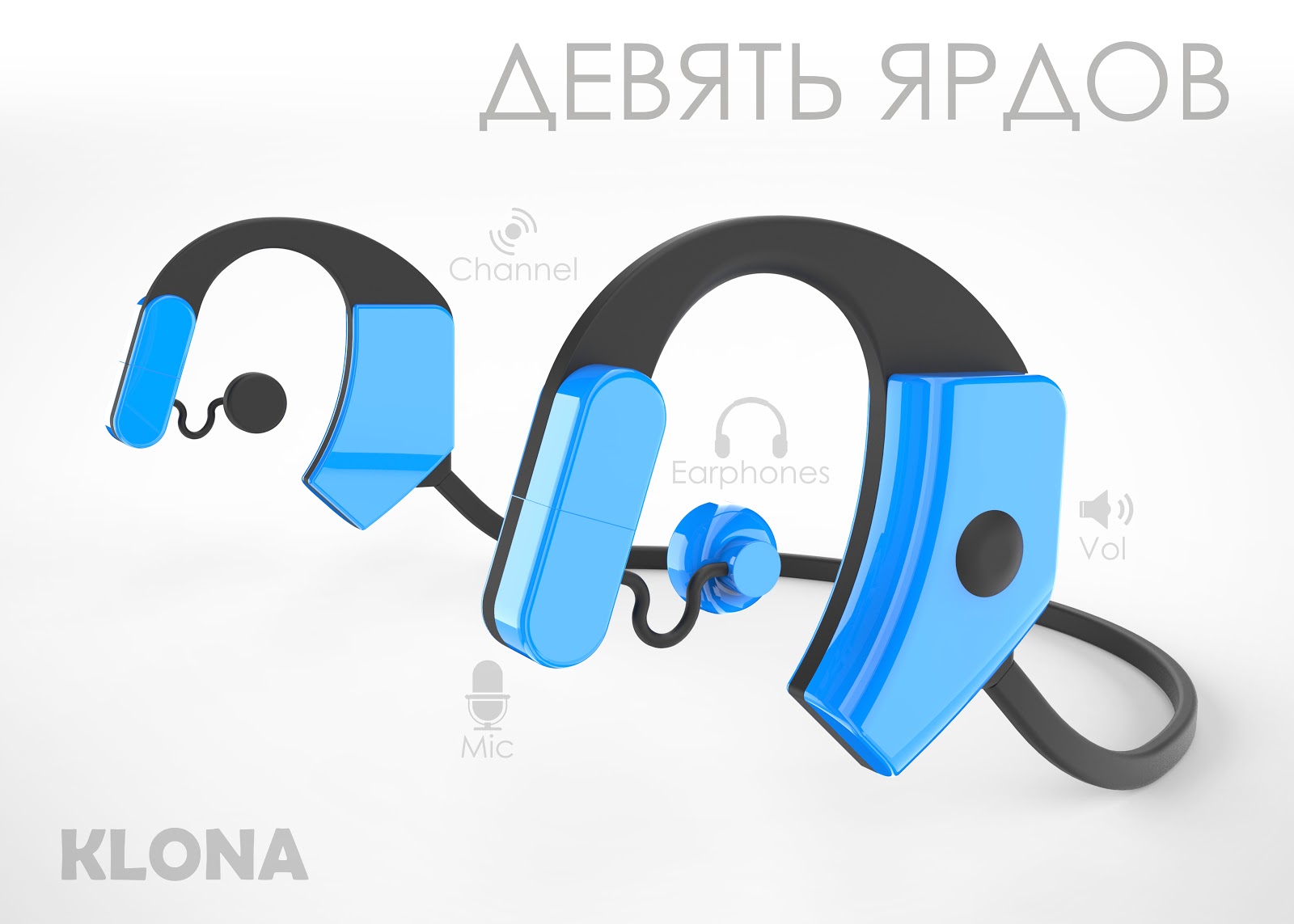 The industrial design studio KLONA was required to develop the geometry of the radio case (each of its components) and design the interior of the device. The main difficulty was the implementation of waterproofing.

The target audience of the product is people who are engaged in active sports such as rowing, kiting, rafting on mountain rivers, snowboarding. 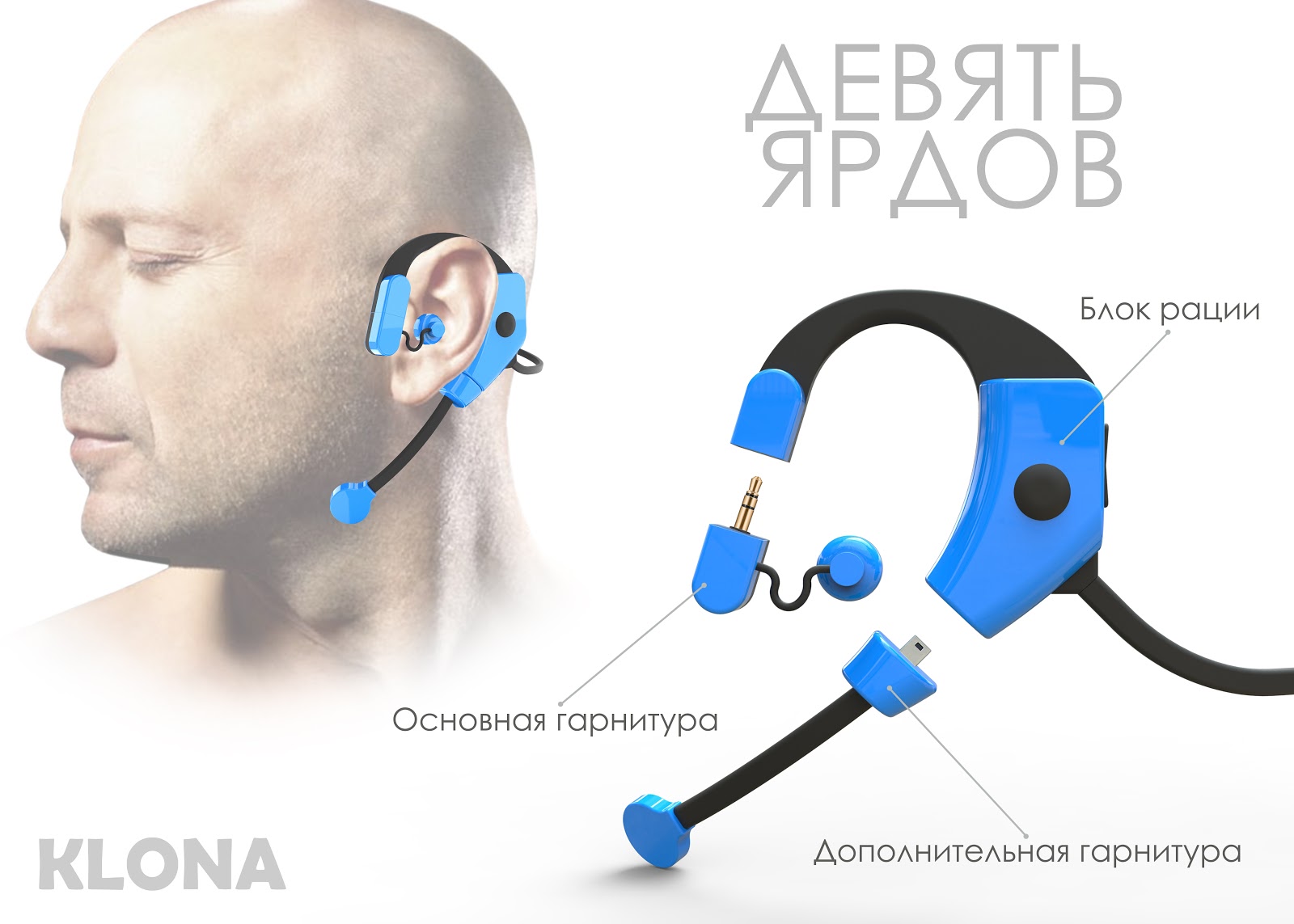 Features of the technical task

We were required to make a case walkie-talkie waterproof, protected from dust and moisture with a degree of protection IP68. The radio was to be fixed behind the ears, the main part of the body is located at the back of the head. 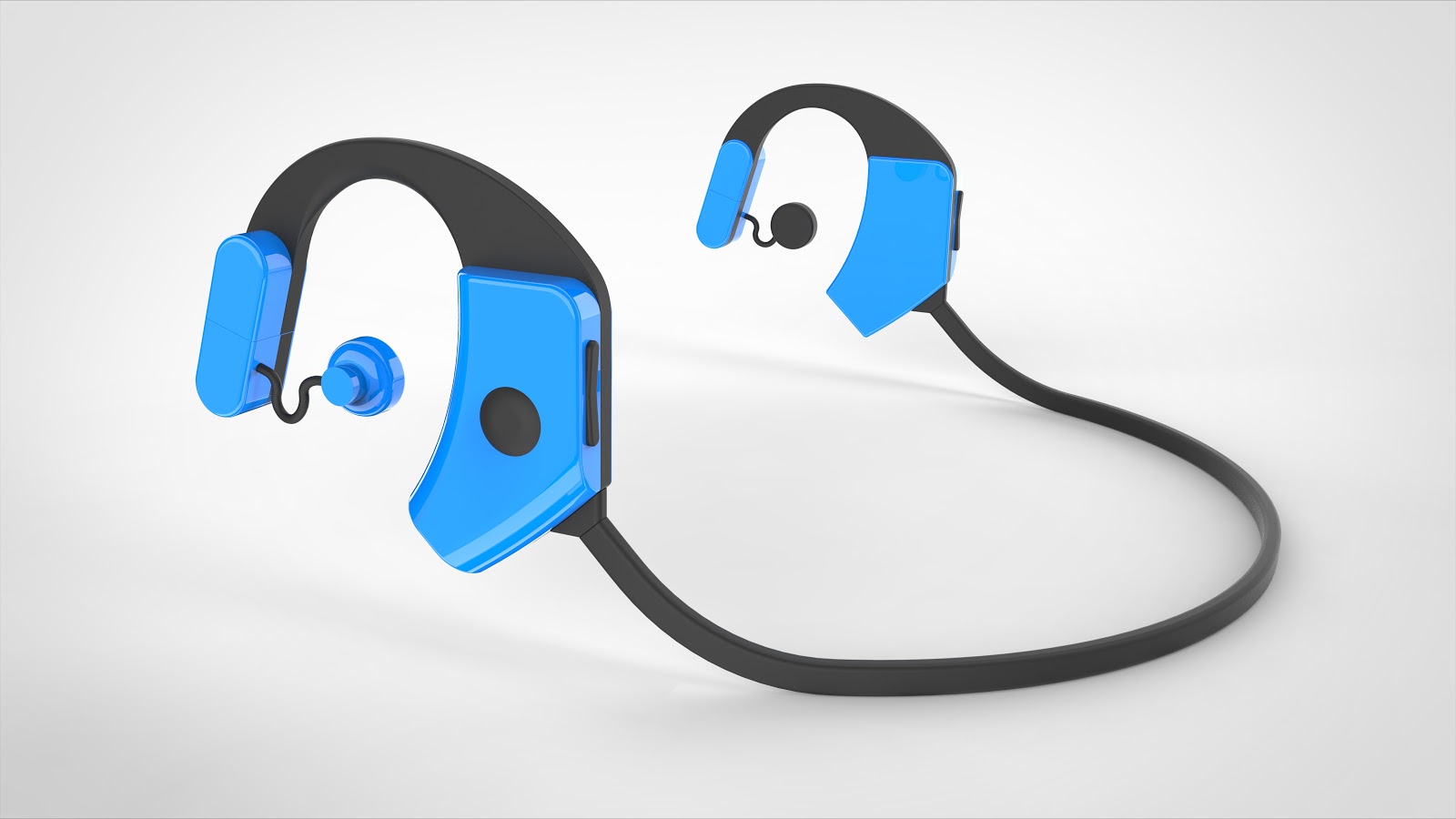 The main components of the device: 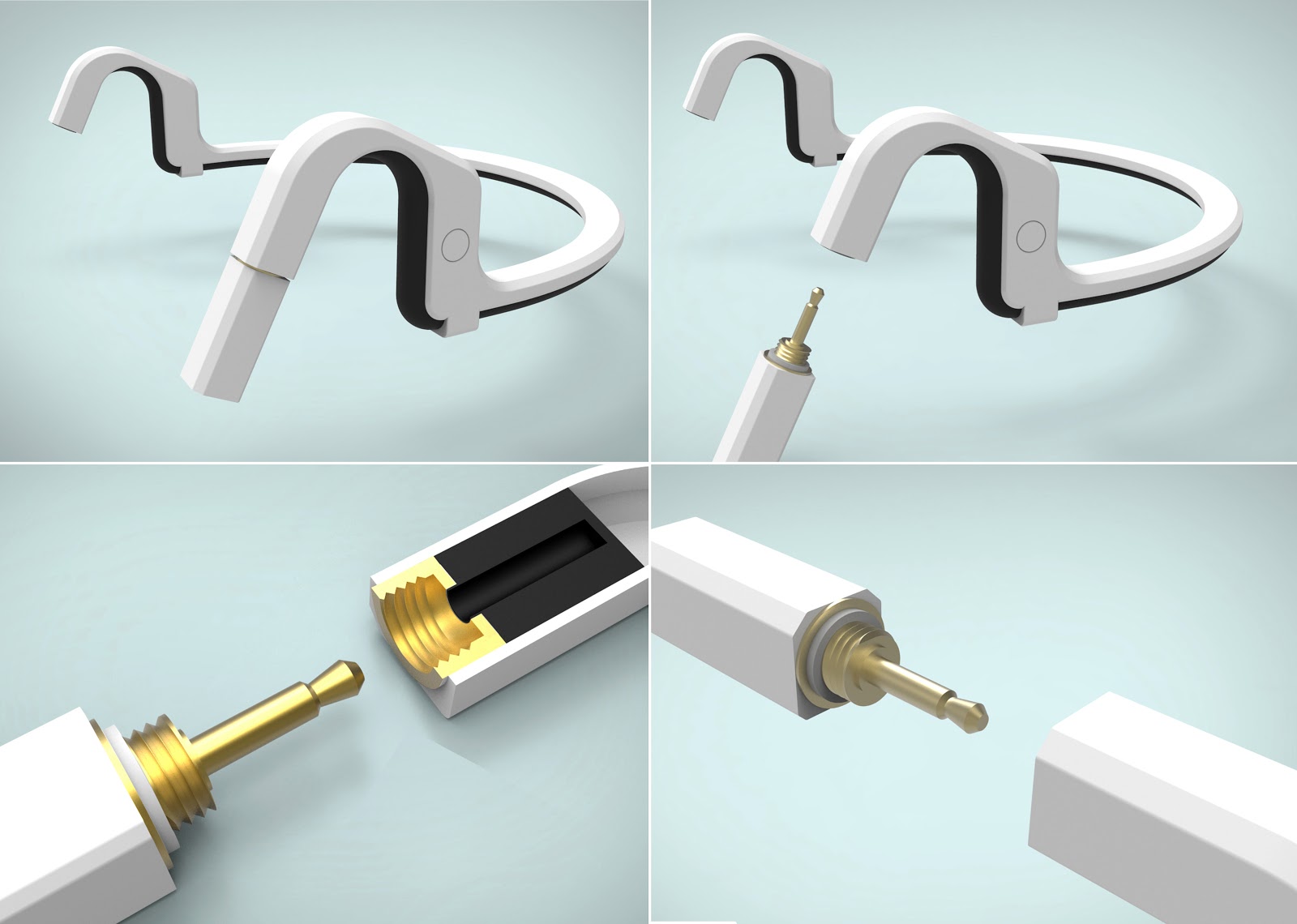 The main task was to compactly arrange the internal parts:

We also provided connectors. In total, 4 were required: 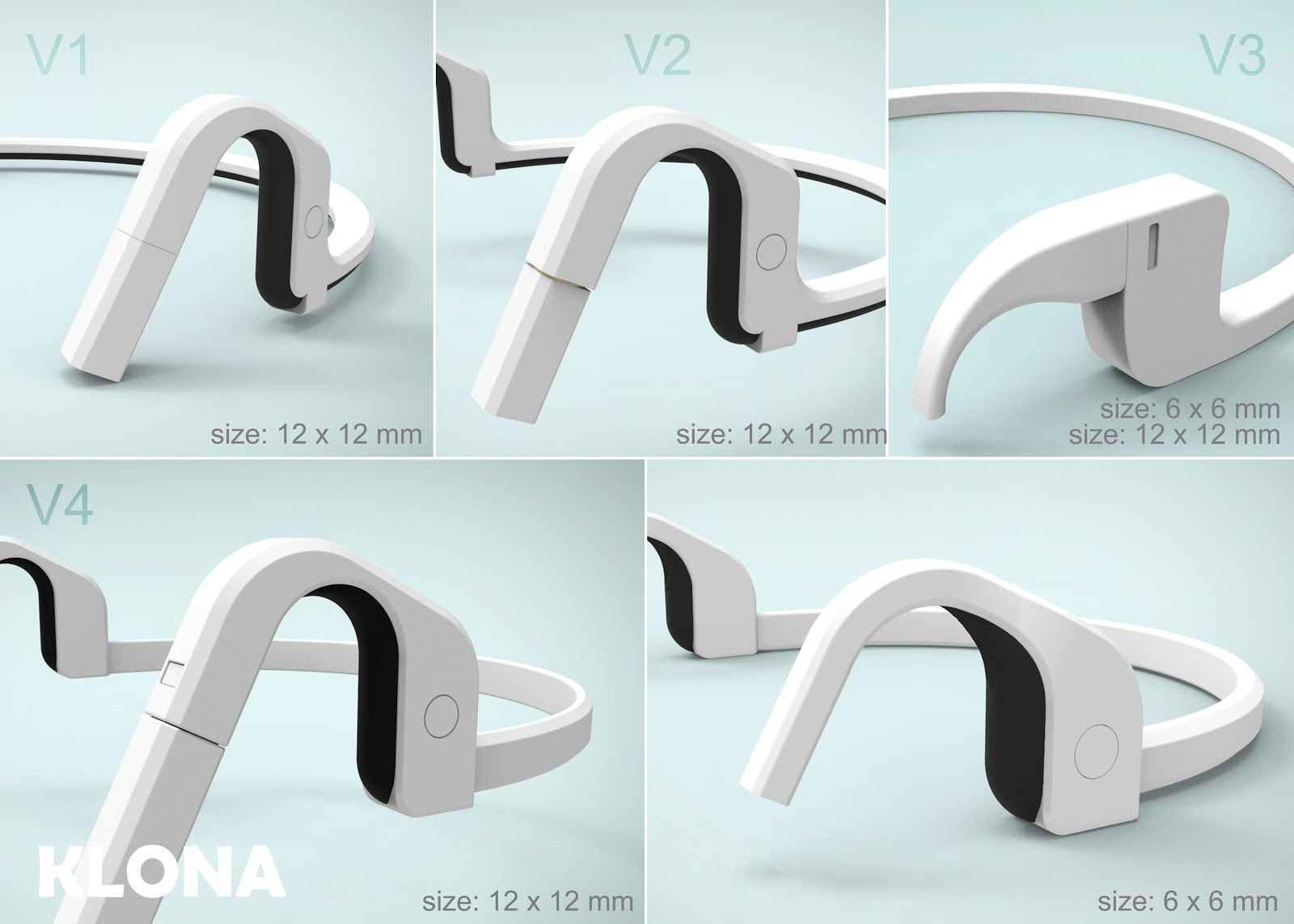 Buttons were also an important task:

The approximate internal volume that the electronics occupies is 20-30 × 15 × 8 mm. It does not include connectors, retaining grooves and external buttons. 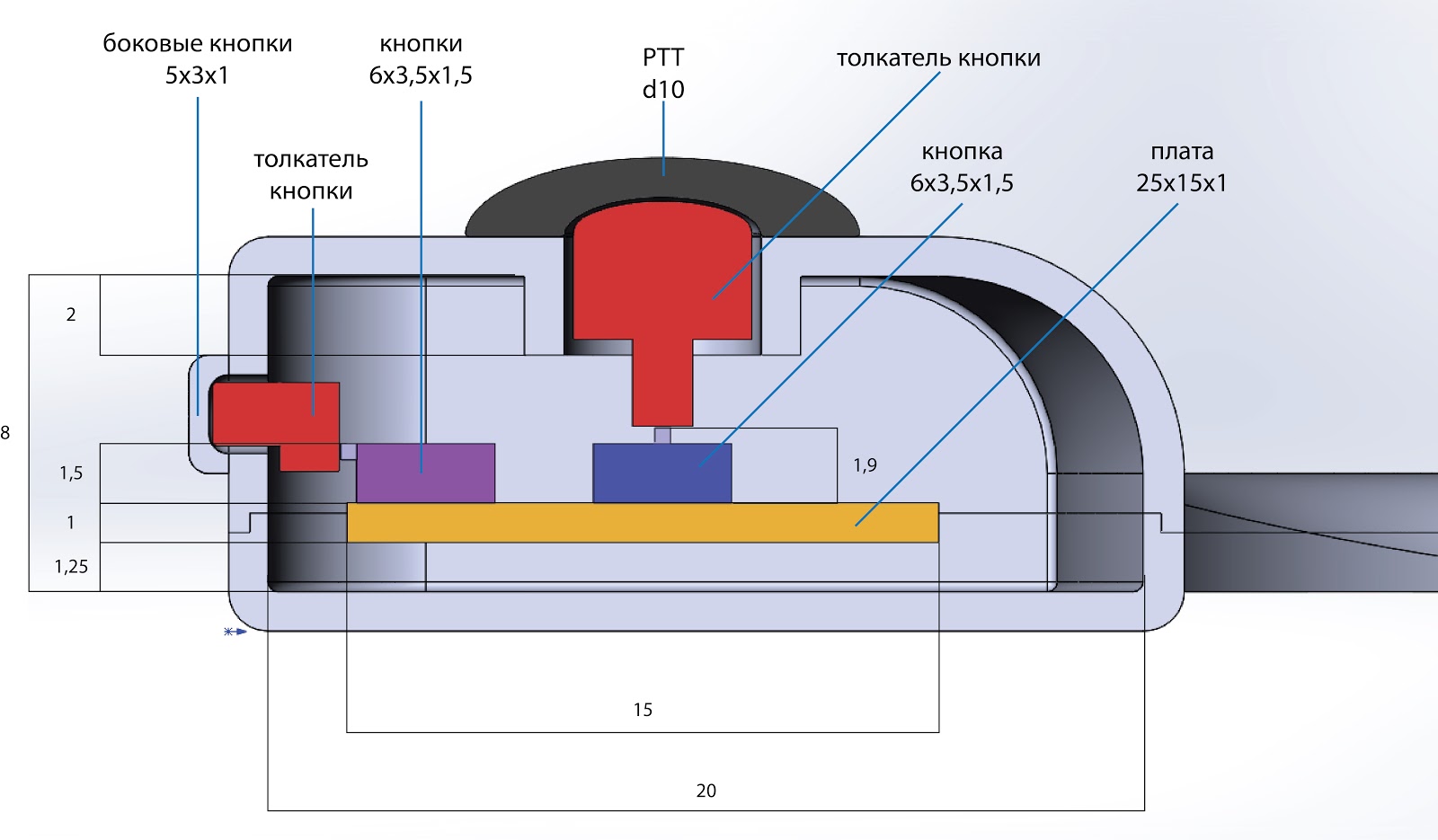 The creators decided that the radio would be modular. It is assumed that people can add details to the basic kit, depending on their needs. The industrial designer KLONA has developed the connecting system and the geometry of the case.

The radio unit is divided into 2 parts and connected by a frame. Both parts are located behind the user’s ears. The frame must ensure that the radio is firmly pressed to the user’s head. 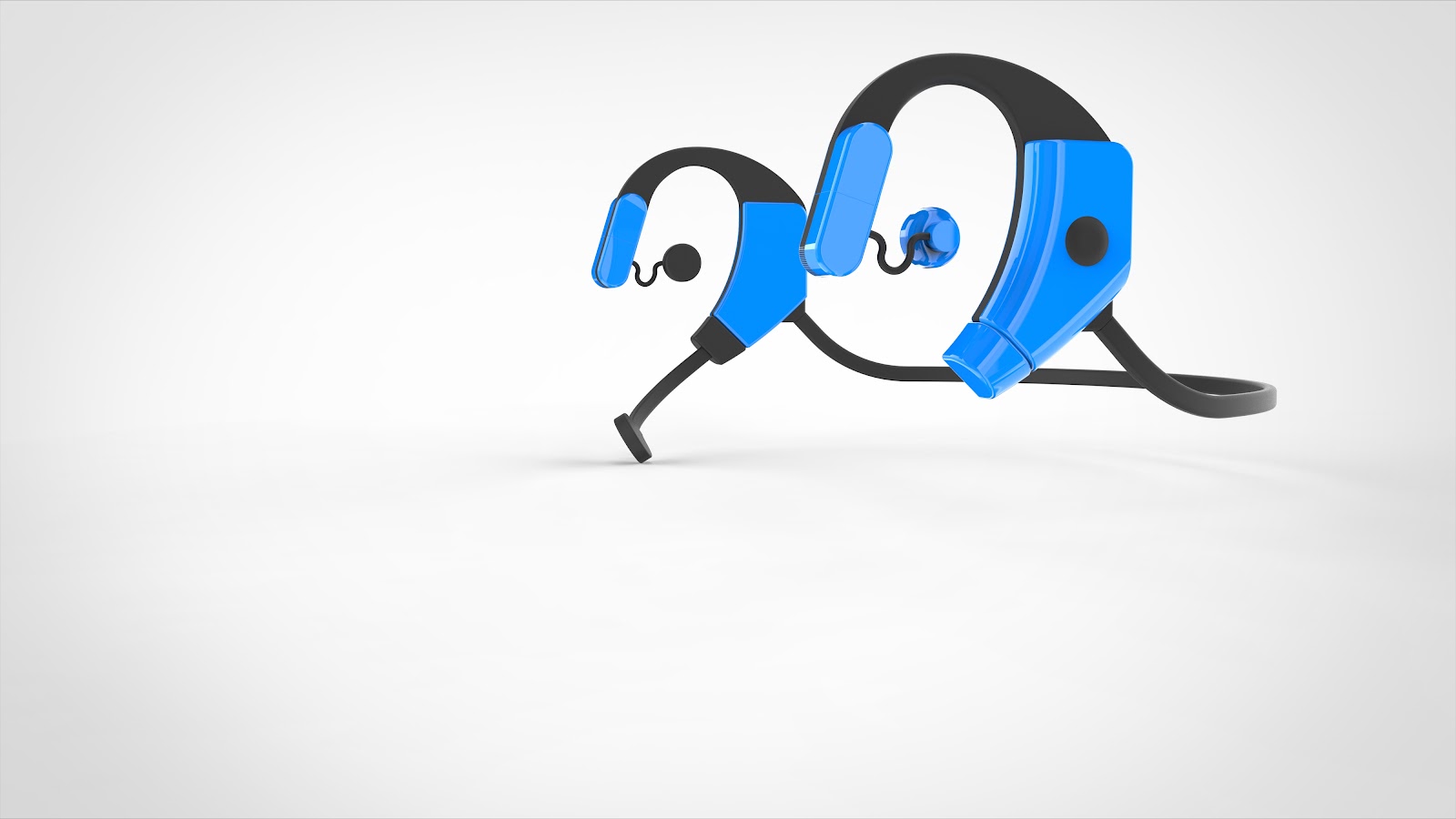 The main headset consists of two in-ear headphones with built-in waterproof microphones. The earbuds hold the earbuds securely in your ear. 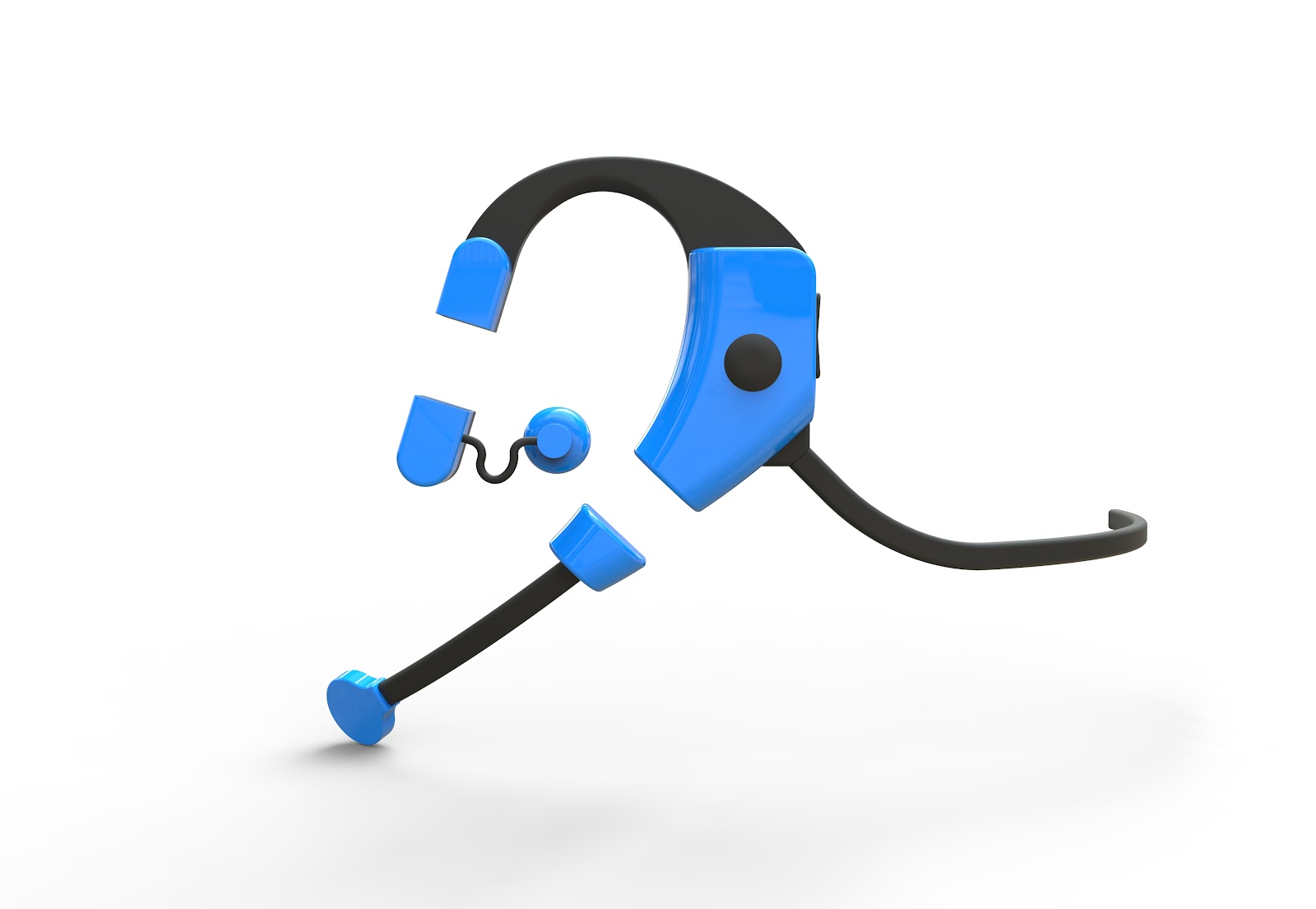 Making a prototype of a walkie-talkie

After the approval of the concept, we made a prototype of the body of the radio, by 3D printing and polished it.

The prototype of the walkie-talkie was tested by athletes: while running with obstacles in the rain, as well as by urban parkourists during classes in the city. We also ran a water test, putting the prototype on people who were water skiing. 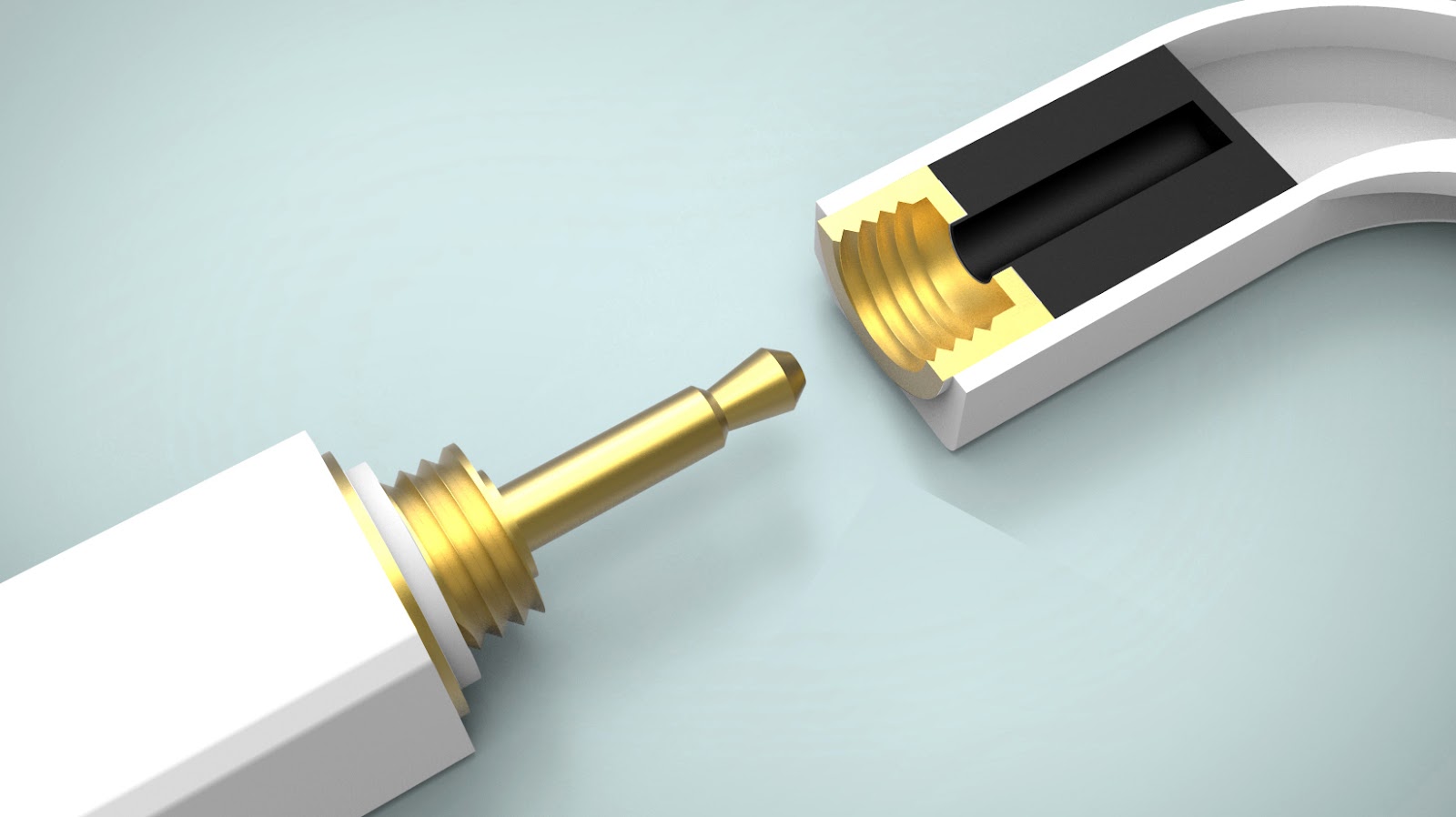 After all the tests carried out, we slightly corrected the design, made new, more successful prototypes and prepared documentation for transferring it to production. Technologists will make a mold with which we can set up serial production products.

Order the development of the radio case or any other electronic device you can visit KLONA. We turn ideas into profit !

This job made you want work  contact consult express wishes with us. Write:
hello@klona.ua
PrevDevelopment of a 3D video about drilling rigs
3D visualization of the device for therapy and diagnosticsNext