A router is one of the most inconspicuous computer devices. Prior to the proliferation of wireless networks, their design was largely unimportant. This is due to the fact that the wired routers were placed on the floor and were hidden from view. The advent of Wi-Fi technology has changed this trend. Now routers are installed in prominent places to ensure good signal strength. As a result, developers need to pay a lot of attention to device design.

Routers differ from each other in the type of data transfer:

Also, the design of routers may differ depending on the purpose. The most common device category is home and office models. Outwardly, they are a flat box, most often black. In many cases, designers try to stylize a carbon-look router using a characteristic checkerboard pattern.

Also popular is the Black Daimond diamond style, developed by Asus. It implies an angular shape and texture that mimics the facets of precious stones.

The designers of the KLONA industrial design studio know the current trends in the development of the router case. We will help you create a model that will be in the wake of the world’s best novelties.

There are usually no buttons on the front panel and the top of the router, which gives the device a laconic and austere look. But there is a large number of indicators that show the mode of operation and the state of the wireless network. Some models also have a USB port on the front. It allows you to connect flash drives and turn your router into a data server. This solution is especially in demand in offices.

All controls and connectors are located on the back of the router. In addition, one or more antennas are installed there that transmit a Wi-Fi signal. The position of the antennas is adjusted to adjust the direction of data transmission.

Bottom of the router with perforations and holes for fasteners

In addition to standard household routers, there are specialized devices. These include, for example, automotive routers. They allow you to create a Wi-Fi hotspot in the car thanks to the built-in 3G / 4G modem. An example of a car router is the Huawei CarFi model. Its body is made in the form of a gear lever, so it organically fits into the interior of the car. This router is installed in the cigarette lighter socket.

Another specific type of W-Fi router is shipborne devices. An interesting development in this direction was the project of the NetCommWireless yacht router. Its streamlined body resembles the head of a sperm whale. The device is completely waterproof, has a mount for mounting on a mast.

Modeling a router case begins with formulating the requirements that it must meet. They relate to the size of the electronic filling and the need for its cooling, the convenience of the location of the display and controls, the place of installation and other features. After that, several sketch 2D-projects are created, from which the most successful one is selected.

Based on the sketch, a 3D model of the hull is built, a color and texture solution is developed.

Then the layout of the internal components of the device and the assembly technology are proposed. For a better visual perception, a photorealistic rendering and animation of the router from different angles. After the 3D model is approved, it is 3D printed. For prototyping silicone molding technology can also be used.

Read also: Creation of a 3D model: any shape with micron precision

Need a life-size 3D model of your router? The specialists of the CLONE industrial design studio will develop it for you. We have everything for fast modeling and prototyping.

3D model of the router

The models of routers in recent years have shown the directions in which the design of routers will develop:

Increasing the number of antennas

It is associated with an increase in the speed of the Internet and the need to cover large areas with a signal. A striking confirmation of this trend is the Asus RT-AC5300 router. It is equipped with eight antennas that make it look like an alien spider. Antennas have two degrees of freedom, so they can be installed in any position. All elements of this 2kg router are made of matte plastic. The chopped edges of the device enhance the impression of austerity and solidity. To prevent the device from looking too gloomy, the creators added an asymmetrical red bezel around the perimeter of the case. The same purpose is served by the pattern of the ventilation grill, stylized as a microcircuit.

The shape of the router body resembles the hood of a car, which is what many designers use. For example, the creators of the Asus RT-AC88U model were clearly inspired by the design of the Lamborghini Aventador. The router has a characteristic trapezoid on the top panel and a small radiator grille in the center.

Many manufacturers go back to basics and focus on the utility of the router. Such routers are made in the form of an ordinary box, without any design delights. An example is the RT-AC5300 MikroTik RB951G-2HnD, which is considered one of the best devices on the Ukrainian market in terms of price, functionality and quality.

Most modern routers (with the exception of mobile models with an LTE module) have impressive dimensions. This is due to the fact that the routers are equipped with super-powerful filling – multi-core processors, gigabit network switches and long-range transmitters. If the old models of routers could be placed discreetly in the corner of the table, then, for example, ASUS RT-AC86U will take up space like a small TV. And this device weighs almost a kilogram.

Designers continue to create original projects in the field of router chassis design. Let’s take a look at the most notable ones.

This miniature router is manufactured in a white cubic case. It is equipped with a round luminous screen that displays the baud rate. The router is designed specifically for smart home systems, which are increasingly in demand in Kiev.

The body of the device has wing-shaped antennas that make it look like a starship from Star Wars. The high power and speed of the router is emphasized by an orange “sports” panel and huge air intakes.

The project of the American designer Ehsan Noursalehi, made according to the popular DIY (“do it yourself”) scheme. The router is delivered in a cardboard box, which is also the body of the device. The user needs to put all the components of the gadget in their places on their own. The main task of the developer is to refuse from plastic, which pollutes the environment.

This router was jointly developed by Google and TP-Link. It has a minimalist cylindrical body that resembles a Bluetooth speaker. The router is controlled from a smartphone, so it does not need buttons on the body.

The Chinese company quite openly “borrowed” the design of its router from the Apple Trackpad. The plagiarism turned out to be successful, since Xiaomi developers guessed to make the device in several colors, for different interior styles.

Developed by Australian designers Jonathan Xindong Che and Vera Fanru Wang. The router is made in the form of a cylinder. Its main feature is removable covers, which are Wi-Fi amplifiers. They can be installed in “blind” areas with weak signal strength.

Want to create a Wi-Fi router that Asus developers can’t resist? Contact the KLONA industrial design studio. We will bring your wildest ideas to life with 3D modeling and prototyping. 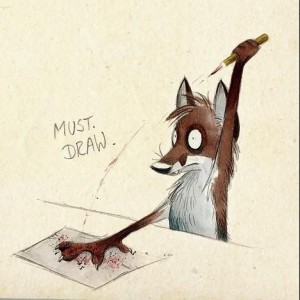