A corporate character is usually some inspired hero who has an individual character, appearance, habits, and through his communication with the consumer expresses the image of the company, brand or trade mark.
COST CALCULATION

Why do you need a branded character?

A corporate character allows you to consolidate the visual image of a trademark or company in the consumer’s mind. Thanks to it, emotional attachment is created, the recognition and popularity of the brand increases. The corporate character, along with other components of the brand (name, logo, slogan, corporate identity, packaging design, advertising, etc.), determines the success of the brand and is used to better identify it and reflect the concept of positioning.

The image of a 3D character is well remembered, especially by children. Therefore, manufacturers of products for children most often associate their brand with a character. The use of a corporate hero, a character, is most common among food brands: 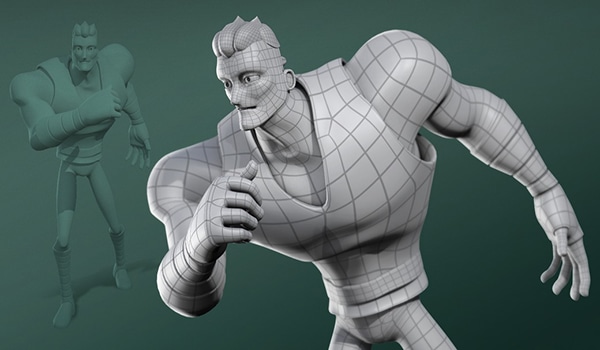 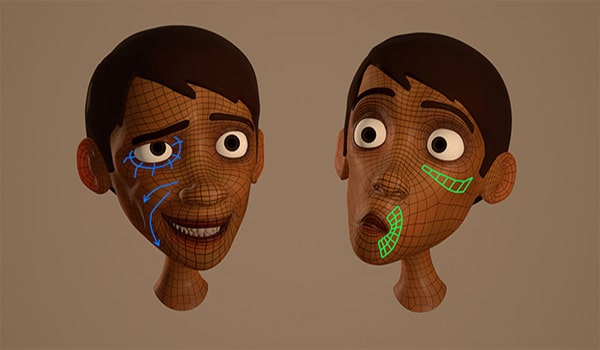 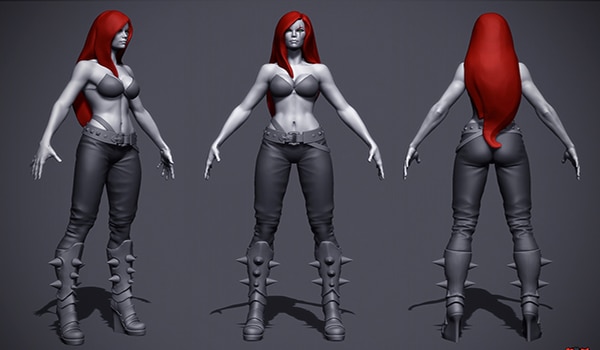 The corporate character is

The corporate character is usually some inspired hero who has an individual character, appearance, habits, and through his communication with the consumer expresses the image of the company, brand or trade mark.

The following can be used as a character:

2D characters – these are “flat” images of heroes. Such images are often used in various illustrations, cartoons and printed advertising materials. A 2D character has all the advantages of a branded hero, but there is a big drawback of creating a 2D hero – the need to draw each position of the hero. Since creating an advertisement or an animated cartoon requires many sketches of a hero, it takes a lot of time to draw it in detail. Therefore, they resort to creating a 3D model of characters. The character of a brand or trademark can be two-dimensional (2D) or three-dimensional (3D character).

3D or 3d characters – these are unique characters that are created using 3D graphics. 3D characters are realistic and dynamic; they are more lively than 2D characters. 3D character models are most often used when creating commercials , computer games and games for mobile devices. 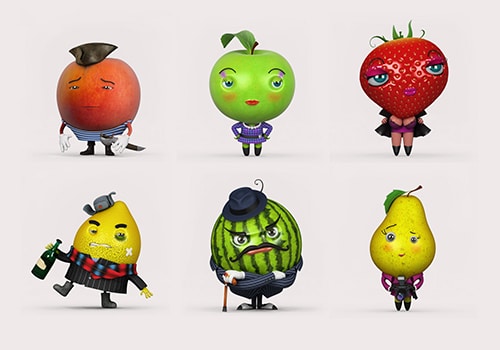 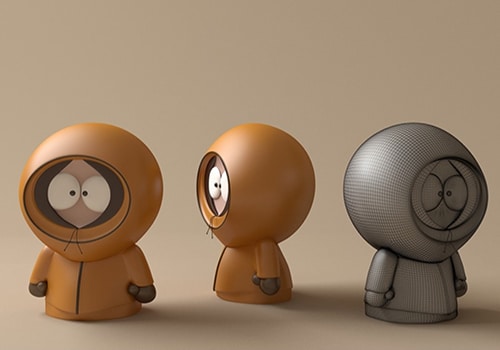 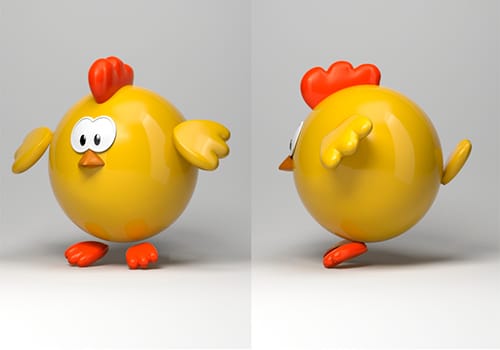 In the process of creating a 3D character – from the first sketches to detailed drawing – many specialists from various fields of activity are involved. In addition to a graphic designer and a 3D modeler, it is also necessary to involve in the work: marketers, psychologists, copywriters, concept artist and animator.

The KLONA team are professionals in their field who work quickly and smoothly. Thanks to their prompt work, we significantly reduce the process of creating a 3D character model, guarantee a positive result and form the most pleasant price for the client.

Stages of creating a 3D model of characters

Animated and three-dimensional characters are very promising and are rapidly gaining popularity, as evidenced by their widespread use in advertising and television, animation and cinema, computer games and games for mobile devices, the Internet, fine arts, etc.

For the animation of 3D characters, the KLONA company attracts the best animators of Kharkov. We will create for you a unique charismatic hero that will perfectly reflect your positioning, distinguish your brand or trademark from competitors and will meet the requirements of the target audience as closely as possible.